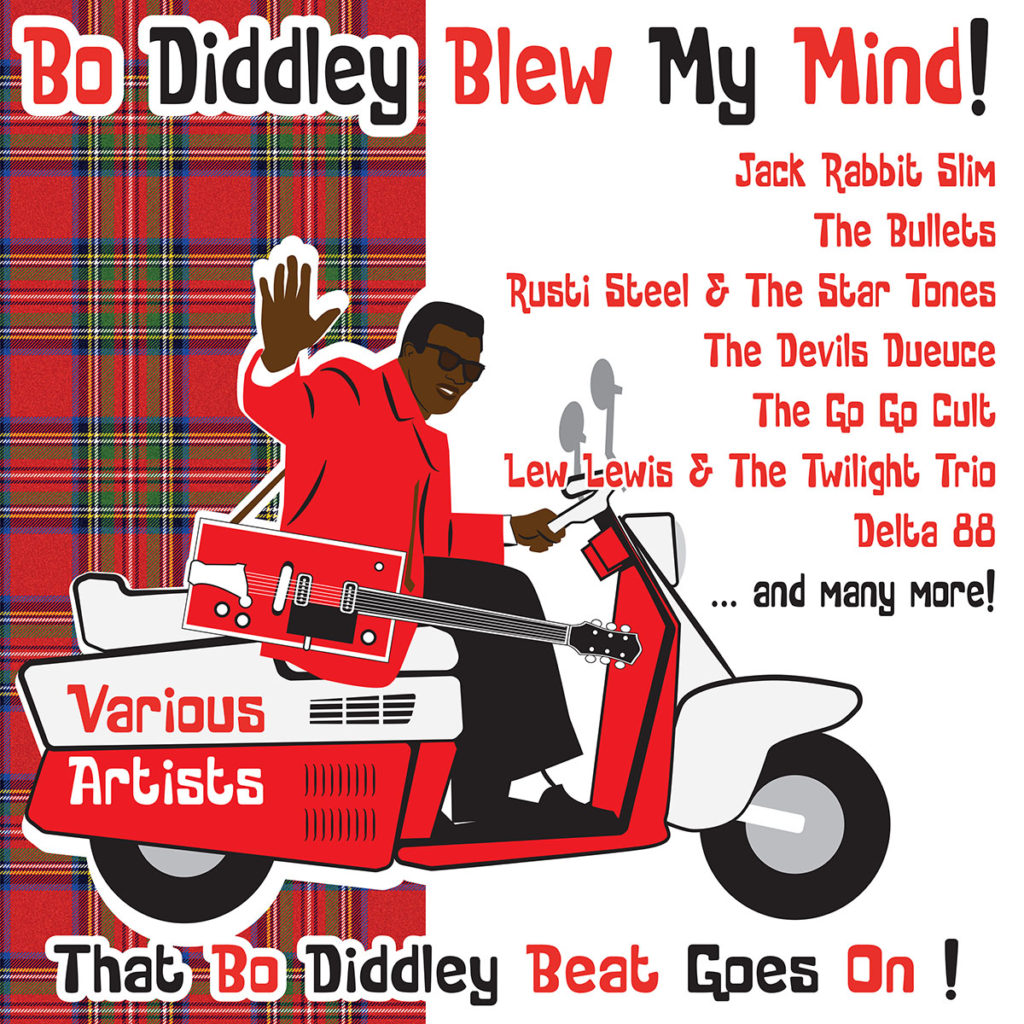 New CD packaging for Western Star’s forthcoming CD focussing on one of the most identifiable rhythms to come out of the Rock ‘n’ Roll explosion if the fifties. The Bo Diddley Beat, named after the Rock ‘n’ Roll legend Bo Diddley with his equally iconic square guitar. had fun on this one getting let loose on the illustration side too:)
“Born in McComb Mississippi at the end of 1928, Ellas Otha Bates could never have foreseen the influence his music would have on future generations. Bo Diddley, as he become known, recorded for the Chess label from the mid ’50s and cooked up a distinct signature rhythm of African-style beats, often laced with maracas. This, combined with his snappy dress sense and a penchant for unusually shaped guitars proved a winning combination, achieving sufficient success to see him tour well into old age.
Now, a decade after his death, Bo Diddley’s legacy can still be heard in many recordings. Genres including R&B, Rockabilly, Blues and even Hip Hop still regularly dip into the Bo Diddley rhythm pool and borrow heavily from his enduring beat. These are just a few examples……….”